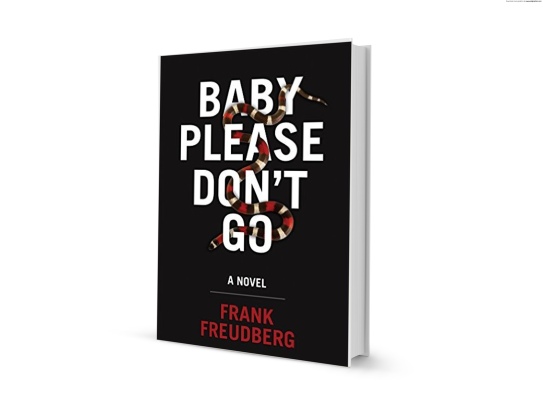 All Lock Gilkenney wants is a family. But he’ll have to cross the line to get one.

Lock is a dedicated investigator at Child Protective Services. An anonymous report of neglect comes in. He responds and finds the kids in good health. Lock concludes the report was a ruse, possibly part of a scheme to make Natalie Mannheim, the kids’ mother, look bad in an upcoming divorce trial.

He realizes she doesn’t have a prayer in court against her shrewd husband, and only Lock can help her now. Lock knows all about addiction, and he’s aware of the powerful hold Natalie has on him. But he can’t get her out of his head. Lock is caught between his commitment to take the high road and his burning desire to have a family.

In this story of love, lust, deceit and murder, what Lock chooses to do will grab your imagination and never let go.

You can buy a copy of this book on Amazon (UK) or Amazon (USA).

Lock is a good man, a righteous man, a tree-loving man, and even such a man can go over the deep end. Lock and Natalie, the duo at the core of the story, are the true cliché of yin and yang, good and bad and are extremely attracted to each other. Lock meets Nathalie in his capacity as an investigator for the Brandywine County Child Protective Services. Someone has filed a complaint about the two little girls in this family and he’s sent to investigate the matter. He quickly concludes that nothing seems out of the ordinary and Natalie Mannheim confides that she and her husband Witt are going through a divorce and her husband probably filed a false accusation to make her look a bad mother.

Before Lock knows it he is completely under Natalie’s spell and is swayed by his paternal instinct to cross the line. All he ever wanted was a family of his own and it’s within reach if he just helped her out. His conscience presents him with several scenarios, impossible dilemmas. He chooses to use Ben Franklin’s method of decision-making. The consequences are unforeseeable. This is just disaster waiting to happen and we are a silent witness to it all.

I really felt for Lock and you know that things won’t work out the way they were meant to be because he starts with a truthful speech at an AA meeting right at the beginning, while seeming extremely drunk. I thought this would be the full-circle ending of the book but nothing of that, this is only half of the story that we’ll be privy of and it will stretch over many more years with many more real twists and turns to come.

I want to overlook the fact that the whole start-up was rather scant, and that Lock was so massively gullible to believe Nathalie from the get-go that her husband is a danger on the roads because he has ONE DUI for drunk driving and he should be stopped and not get custody over the kids, no matter what. I thought Lock would still be able to be more intelligent but I guess the dreams he has of a loving family of his own are just too big. He lets himself get dragged into a web of deceit and lies. Natalie is such a manipulator! I rarely saw a woman lacking so much empathy and be so goal minded. I wanted her to get what she deserved (and I mean that exactly in the not so nice way) and I would have liked to see her suffer even more.

At the start of the book you’d never believe how this will end or come to be. I did feel the last chapters were wrapped up a bit too fast, I would have liked to have known a bit more how the end result happened to come about but I did feel satisfied the way it ended. All in all, an enjoyable and fascinating book.