I received two direct requests from authors for the review of their e-book. I know I should have said no because I still have plenty to read but just read the descriptions, seriously, they seem so interesting, how can you say no to that? Also Spider’s Web was published just yesterday so this is a brand-new book.

Another author that contacted me directly is going to send me a PAPER COPY (Rum & Coke by Jaxy Mono). That’s my second paper copy that I’ll get if you keep count with me ;-). I don’t really know what to think of it.. it’s a comic thriller, I’m just very curious what that’s about and how that works.

I also got an e-mail today from Hilary Grossman, telling me that I won Plan Bea, a chicklit/contemporary romance and I’m so happy I won this! It has a 4.13 rating so far over a total of 143 readers on Goodreads so I already know it’s a really good book.

Finally, there is one light summer read added too: I got it by signing up for a newsletter and I can see myself reading this one when it’s a really hot summer day, with a real cocktail within arm’s reach.

Sometimes, Death Comes With a Warning

There’s a killer prowling the streets. He stalks and murders young women seemingly at random, and he always warns them first…

Twenty year old Kendele Byers is savagely killed and buried in a shallow grave. She had a violent past, a bizarre kinky line of work, and the suspect list grows longer every day.

But when another woman is murdered, Detective Mitchell Lonnie realizes that there’s something much more sinister afoot, a connection between the two murders. Both victims had received a clue hinting their incoming demise several minutes before they were attacked. There’s a serial killer in Glenmore Park. Even worse, he seems to be accelerating his murder pace.

Now Mitchell and his partner need to locate the killer before more innocent women die. But when his sister gets involved, Mitchell’s focus begins to unravel. Soon his pursuit becomes personal, and the stakes rise very high…

Everyone has a line they won’t cross…Until they do.

No one is what they seem…
Katherine Hope Jones survived a harrowing ordeal when she was seven years old. Now she has a good life. A well-paying job, a perfect boyfriend, everything she’s always wanted.

You never know who’s watching…
And then she witnesses a ruthless act of cruelty. Watches the guilty get away scot free. Before she knows it, Hope is set on a path that will change her in unimaginable ways.

How far would you go to right a wrong?
Those who commit cruelty are on a list. One she plans to cross off one by one. For she is Justice.

“Well, this is us, Jack. Cuban cane rum and yanqui Coca-Cola, Cuba Libre, ‘free Cuba’. Only we call this cocktail ‘Ha-Ha’ now, because there’s no Cuba and no freedom. Salud!” 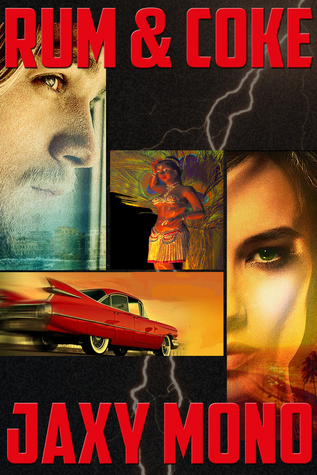 When a straight-laced American TV weatherman is picked up by free-spirited Cuban girl in Havana he wakes up the next morning to find himself handcuffed to her bed. She sells his passport, loses him his job, and takes him for a ride across modern-day Cuba in a 1958 Cadillac Eldorado – a road-trip that brings the two face-to-face with their hidden selves.

Rum & Coke is a crazily off-kilter love story, and a kinky and very funny comic thriller; but most of all it is simply the unforgettable tale of a gringo, a chica, a Caddy, and a Santeria goddess… 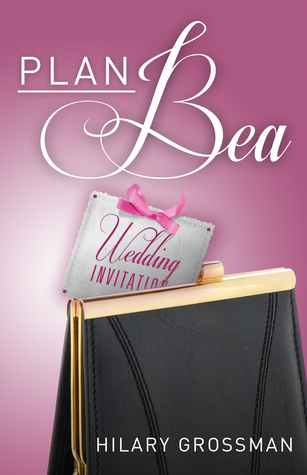 We live our entire lives thinking we know those closest to us. But do we ever really?

On the outside, Annabel O’Conner has it all – the perfect husband, two adorable children, an amazing job, and a mother from hell! Just when she gives up trying to regain her overbearing mother’s love, an unexpected call turns her world around and makes Annabel question everything she believes about her life.

Could falling in love give a cold, stubborn, and selfish woman a second chance to open her heart back up to her family?

Beatrice Buchanan has spent more years than she can remember distancing herself from everyone close to her. She barely has a relationship with her grandchildren. The only time she manages to have a one way conversation with her daughter is during her weekly fifteen-minute commute to the nail salon. When Bea meets Walter on a cruise she realizes there may be more to life than designer clothes, killer handbags, and impressing the ladies at her posh country club.

As the mother and daughter duo team up to plan “Long Island’s wedding of the year” they confront the secrets and lies that have defined them. This humorous emotionally honest women’s contemporary fiction novel will tug at your heartstrings and the twist ending will shock you.

Drink up the good life in the City of Light!

If you’ve ever had one too many drinks and ended up spilling one too many secrets, this book is for you! This mini “memoirette” is a collection of stories about my life in Paris, designed to give you a taste of my writing style. Each vignette is paired with a sassy cocktail recipe that ties in to the theme of the essay.

So grab that cocktail shaker and let’s get this party started!