So I want you to meet Drew, my new and only guy BFF so far. I’m so happy he wants to do this! I think it’s fair to say that Drew remains a little bit of a mystery for the most of us. We know he’s very British, he can stand up to Jill, he likes games, tattoos (obviously) and tea but I’m drawing a blank on the rest. And has anyone seen his tattoos? Well it’s definitely time to get to know him a little better.

If you don’t know him yet (how could that even be), Drew is not your regular book blogger, he does read books but his real forte are his poems. He’s a magician with words and if you don’t believe me you should go take a look at his blog TheTattooedBookGeek. His poems are most often sad and thoughtful and I love reading them. I’ve linked to one of my many favorite deep and dark poems ‘Letting Go’ but I’ll let you make your own choice.

Name:
Drew – (No, before anyone asks, it’s not short for Andrew).

Age:
I’m in my 30’s. And, while I can be a mature, responsible, fully functioning adult and all-round credit to society. I also like to think that I’m old enough to act immature and get away with it!

Alas, my job is nothing even remotely bordering on glamorous. I work in a supermarket – once you’ve all stopped laughing. In today’s society a job is a job and it’s OK with me as I get to have a laugh and partake in banter. Sometimes life gets in the way of well, life and what you end up doing is nothing like what you ever envisaged and thought. But, it pays the bills, it also pays for treats – Hello books and games! 🙂 It’s convenient, near to where I live and the hours suit me. For me they are all important things as due to circumstances outside of mine or anyone’s control I had to look after my mother when she took seriously ill nearly three years ago now. And, at the end of the day, I’m not a money or amenity orientated person and it’s a job.

Do you have any other hobbies?
Only gaming, I was a gamer before I was a reader. Everything else would just be the generic normal things that other people do, listen to music, watch TV/sport, etc. You could perhaps class blogging and poetry as hobbies too but apart from gaming, not really.

As while I enjoy watching a variety of sports, I  myself am not a sporty person.

Do you collect anything (besides books)?
Well, when you get to a certain age you seem to have accrued a lot of clutter so you could say that I have collected clutter. But, the answer would go back to the hobbies question and while I don’t actively collect them I have acquired countless amounts of games over varying consoles throughout the years along with lots of CD’d and DVD’s/blu rays too.

What’s the name of the book that you’ve had the longest? Have you read it?
Hhhhmmm, tricky question, I’m guessing it means going back to childhood. And if so, the book I’ve had the longest is Woof! By Allan Ahlberg, it’s about a boy who turns into a dog. It was also made into a children’s TV show way back in the 1980’s. The book itself was published in 1986 with my edition being published in 1987. And, yes, I’ve read it, ah, childhood memories! 🙂

Have you ever regretted a book you purchased? A book that sounded so promising but you wished you’d have spent your money on another book after reading it?
Yes a few, who hasn’t? Surely it’s the same for all entertainment related products along with books, including, games, CD’s/MP3’s and DVD/bluray’s you get lured in by the hype, adverts, reviews and/or synopsis and after finishing you regret the purchase, feeling disappointed.

Do you listen to audio books?
No, I’ve never been able to get into audio books. A former work colleague loves audio books but I found they just weren’t for me. It’s quite strange really as I’m a huge music fan and would always be found listening to music whenever I went anywhere, walking my dog (sadly deceased in February) going into town, doing adult stuff like gardening, etc but audio books, no, I just can’t get pulled into them like I can with reading an actual book.

Do you have a favorite genre?
Yes, I’m a fantasy fan (particularly Grimdark) followed in second place by hefty post-apocalyptic tomes.

What is the book highest on your wishlist right now?
Wrath by John Gwynne, the final installment in his epic The Faithful and the Fallen series. I’ve mentioned before that it is one of my favourite fantasy series and I can’t wait for the last book to see how he concludes it.

How is your library organized?
Erm……….confession time, it isn’t. I’m somewhat lacking in space for my plethora of books, games and DVD’s/Blu rays.

Do you read more ebooks or physical books?
Since I started blogging I’ve started reading more physical books but as it moves towards darker nights and gets later in the year ‘winter is coming’ – got my Game of Thrones reference in! 🙂 I’ll possibly revert back to ebooks as nothing beats being able to read in the darker nights thanks to the Paperwhite.

Do you have a favorite book?
I’ve lots of favourite books but probably The Stand by Stephen King would be my all time favourite. 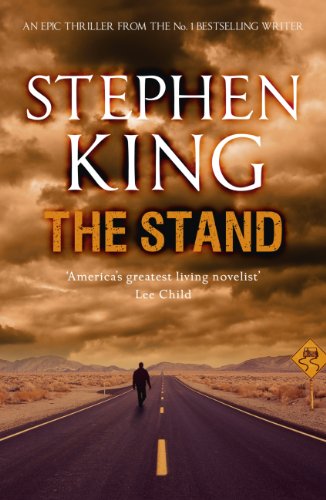 In 1978, science fiction writer Spider Robinson wrote a scathing review of The Stand in which he exhorted his readers to grab strangers in bookshops and beg them not to buy it.

The Stand is like that. You either love it or hate it, but you can’t ignore it. Stephen King’s most popular book, according to polls of his fans, is an end-of-the-world scenario: a rapidly mutating flu virus is accidentally released from a U.S. military facility and wipes out 99 and 44/100 percent of the world’s population, thus setting the stage for an apocalyptic confrontation between Good and Evil.

“I love to burn things up,” King says. “It’s the werewolf in me, I guess…. The Stand was particularly fulfilling, because there I got a chance to scrub the whole human race, and man, it was fun! … Much of the compulsive, driven feeling I had while I worked on The Stand came from the vicarious thrill of imagining an entire entrenched social order destroyed in one stroke.”

There is much to admire in The Stand: the vivid thumbnail sketches with which King populates a whole landscape with dozens of believable characters; the deep sense of nostalgia for things left behind; the way it subverts our sense of reality by showing us a world we find familiar, then flipping it over to reveal the darkness underneath. Anyone who wants to know, or claims to know, the heart of the American experience needs to read this book.

What’s the cover in your collection that you’re most proud of?
I don’t have any one cover that I’m proud of. But I do like Joe Abercrombie’s UK covers as I think that they are stunningly designed.

What’s the title of the last book you purchased?
City of Mirrors by Justin Cronin, the third and final installment in his The Passage trilogy. 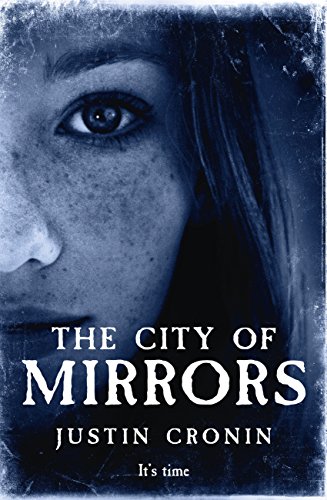 What was your favorite author when you were a child?
I wasn’t a big fan of reading when I was younger but I did always enjoy the Roald Dahl books many moons ago way back when I was a child.

From which author do you have most books?
Lord Grimdark himself, Joe Abercrombie (10 books).

Are there books you’ve read 2 or 3 times?
Unfortunately not, however there’s plenty of books that I’d like to read again.

How many books are there on your Goodreads challenge this year and how many have you read already?
30 and I’ve currently read 35, I hadn’t started blogging at the start of the year and I wouldn’t have thought I’d have been a blogger either. So, I had set my challenge merely for someone who enjoyed reading. Never expecting that I would now be a blogger! 🙂

Can you spell your name with the first letters of titles in your book case (name these titles+authors)?