We Belgians are always praised for our chocolate but we have so many good beers as well, so I thought I’d do a little beer tag, just slipping it in like this ;-). Yep I’ve just created my very own tag. I’ve described each beer with a book-related description and a book that fits that description. You’ll see how it works.

Duvel : you think you don’t feel anything and then it suddenly hits you in the head 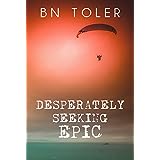 Really good book, for people who like Jojo Moyes.You can read my review about this book here.

Kwak : a slow beginning, but it all comes rushing down in the end

The surprise in these books can be found in its tail and they were great books because the surprises were so enormous. You can find the reviews of these books here and here.

The books above were also quite dark and could fit into this category too (as well as that other novel from Jack Jordan, My Girl) but this one fits here perfectly too. You can read my review here. I think Behind Closed Doors is a winner for this category too but I haven’t read it yet so I’m going with one I already read.

Delirium : let’s do a little crazy

Cala’s twin brother is crazy in this book so I don’t know a book more appropriate. I read this in 2015 and gave it three stars. The secrecy and craziness was driving me euhm crazy.

This is one of my favorite Sarah Dessen novels! Auden and Eli are great together. It has another cover on Amazon but I like the one from Goodreads better.

Westvleteren : a real gem, so hard to find

The same book but with different covers and I think also a bit of a different feel to it. The second one feels more romantic and light-hearted to me. I like it but more for another book, and I’m glad I read it when it had the first cover. I gave this gem 5 stars of course. You can find a description of the book on Amazon here.

Note about the beer: This beer is brewed in a monastery and therefore is named as a Trappist beer. There are only 6 beers in our country that can call themselves Trappist beers and this is one of them. This beer is not found in the supermarket but can be purchased at the monastery. There are several limitations though: you have to call a special ‘beerline’ and reserve a date and time for pick-up. You have to give your licence plate number. The same phone number can not make a reservation within the next 60 days, the same car can not pick-up a crate of beer within the next 60 days. You can also only order one crate (24 bottles of beer) in one time. Now you understand why this beer is such a gem? It’s the only beer that I’ve mentioned that I haven’t tasted yet.

This book will be released on 20 December so this really is a brand new book. And yep I’m reviewing this one on 29 December!

Note about the beer : This beer was introduced in a soap series on tv. A character opens a brewery and we see the search for a name, his installation, everything. Finally he starts to produce Gust. A few months later this beer really came into the stores and people already knew this beer by name for a month that everyone was interested in tasting it. Clever marketing if you ask me!

La Chouffe : it’s okay for once but not interested in reading another in the series

I know lots of people liked this novel and praised it highly but I just can’t share the same opinion. I liked it – especially the first chapters – and it really wasn’t bad but I’ve never felt the need to read Irene or Camille after this one so I guess that says enough.

Just for fun, look at this map that I came across. I’m not sure how accurate it is displaying the most popular beer in your country but it was already fun to see so many new beer labels that I’ve never heard of.

I TAG : everyone who wants to give it a shot.