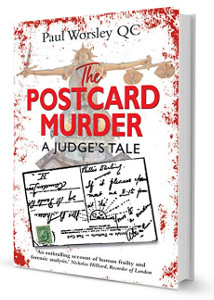 Welcome to my stop for The Postcard Murder – A Judge’s Tale by Paul Worsley QC and thanks so much to MidasPR for the invitation to join this blog tour! I have an extract to share with you today but first check out how great this novel sounds.

It may be of some satisfaction to you, Gentlemen of the Jury, to know that you have been engaged in one of the most remarkable trials that is to be found in the annals of the Criminal Courts of England. Mr Justice Grantham, Judge at the Old Bailey

This is a vintage whodunit set in Edwardian London at a crossroads in time, as social revolution and psychiatry posed new questions for the Law and for the first time the Media were co-opted to run a killer to ground.

The year is 1907: 22-year-old Emily Dimmock lies murdered in her Camden Town flat, her head all but severed from her body. With not a thread or stain or fingerprint to point to the perpetrator, a young artist is manouevred into the shadow of the scaffold.

The tale is told verbatim by witnesses presided over by the author, who draws on his own experience as a Judge at the Old Bailey to get inside the mind of the outspoken but irresolute Mr Justice Grantham. The result is as compelling today as it is definitive of the era in which the murder was committed.

Paul Worsley was for ten years a judge at the Old Bailey, where the Postcard Murder was tried. He now lives in rural North Yorkshire, where as a practising QC most of his murder cases took place. The Postcard Murder is the first in a series of books in which he gets into the mind of the trial judge in order to lay bare Justice as it was understood and dispensed in the manner of the day. 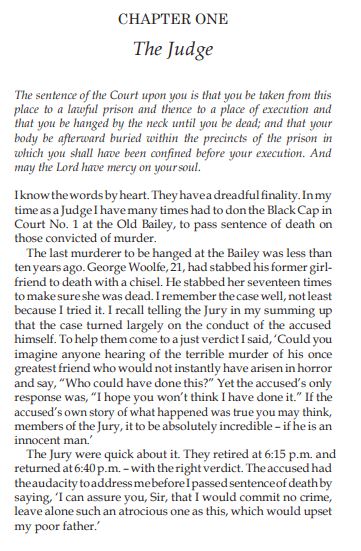 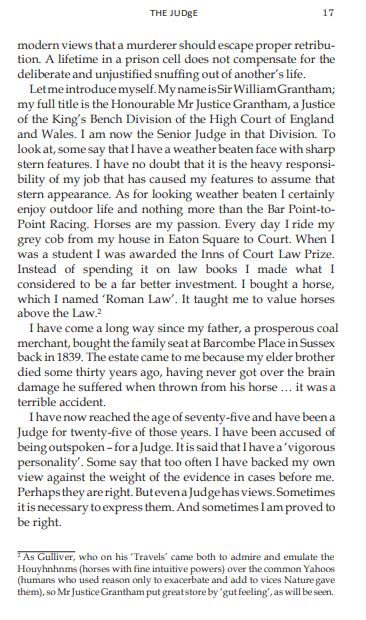 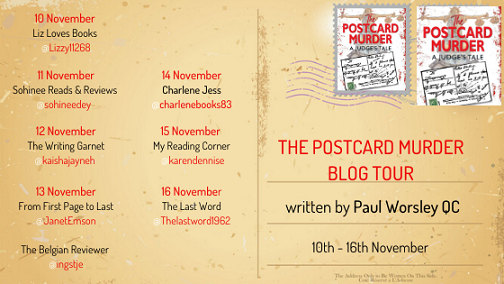 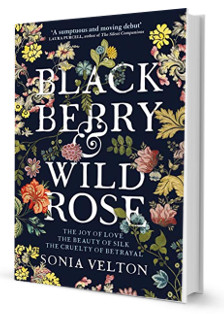 WHEN ESTHER THOREL, the wife of a Huguenot silk-weaver, rescues Sara Kemp from a brothel she thinks she is doing God’s will. Sara is not convinced being a maid is better than being a whore, but the chance to escape her grasping ‘madam’ is too good to refuse.

INSIDE THE THORELS’ tall house in Spitalfields, where the strange cadence of the looms fills the attic, the two women forge an uneasy relationship. The physical intimacies of washing and dressing belie the reality: Sara despises her mistress’s blindness to the hypocrisy of her household, while Esther is too wrapped up in her own secrets to see Sara as anything more than another charitable cause.

IT IS SILK that has Esther so distracted. For years she has painted her own designs, dreaming that one day her husband will weave them into reality. When he laughs at her ambition, she unwittingly sets in motion events that will change the fate of the whole Thorel household and set the scene for a devastating day of reckoning between her and Sara.

THE PRICE OF a piece of silk may prove more than either is able to pay.

Two women, Sara and Esther, are the narrators in Blackberry and Wild Rose, a historical novel situated in the year 1768. This shared responsibility for telling the story in alternating chapters is exactly what makes it such a fascinating novel.

While they are both subservient women, they hold very different positions in life. Sara becomes a servant in the Thorel household and Esther Thorel is the wife – literally ‘only’ the wife – to a very prominent silk weaver. The women are tied with their hands and feet to their social roles and I followed them while trying to fulfill their hopes and dreams. Sadly, there’s hardly a connection between them despite their similarities, it does not spark any sympathy for the other woman and if anything, they stand firm and tall in their own corner. Is their anything that can ever bring them closer together?

Even though Sara is obviously the underdog and is to be pitied, I sympathised significantly more with Esther and never really warmed to Sara throughout the story. It’s difficult to understand why she wasn’t grateful (any job would seem better to me than working in a brothel and Esther did save her from a lifelong debt) and I can’t attribute a lot of positive traits to her character. My heart did go out to her a few times towards the end though when I finally saw the deep feelings she was in fact able to develop for someone even though it might hurt her in the end.

But overall I found more enjoyment reading about Esther’s encounters with Bisby Lambert, a journeyman silk weaver who is allowed to use the spare loom in the Thorel attic to weave his own masterpiece. I hardly knew anything about silk weaving so a whole new world opened up to me and it was fascinating and educational to read about the looms and the process of weaving silks. There was also a beautiful chemistry between them that rejoiced me enormously.

Jealousy, secrecy, desires, and then… oh lord, a betrayal so deep you might not recover. It all leads the story towards that one point where they’ll have to make a certain choice, one ultimate moment of deciding whether to give support to the other woman or turn their back in the other one’s hour of need and even worse, be the one responsible for casualties. I was very dubious they would make the correct moral decision. The situation took a turn for the worse and I crossed all my fingers this would have a happy ending. In a way it did but also it very much didn’t, but it was satisfying nonetheless.

Blackberry and Wild Rose was brilliantly atmospheric and a thoroughly enjoyable debut. She’s going to make me a true historical novel buff if she keeps this up, you’ll see.

I received a free paperback copy of the novel from the publisher, Quercus Books. This is my honest opinion.