I am excited to bring you Malcolm Hollingdrake’s second novel, Hell’s Gate, which is is described as “an explosive, gritty and utterly gripping new crime thriller”. 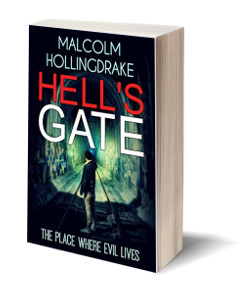 A disused railway tunnel where, cruel and sinister deeds are executed.

A policeman on a mission.

A killer who will stop at nothing.

The formidable DCI Cyril Bennett and DS David Owen of Harrogate Police find themselves embroiled in a series of bizarre events.

A domestic dog attack on a child soon leads to a more complex case – the macabre discovery of a jigsaw of featureless, indiscernible body parts amongst bin bags littering a quiet road on the outskirts of the town.

While under the leadership of a Chinese Mafioso, a team of Eastern Europeans spreads its tentacles into the sordid underworld of people trafficking, dog fighting, prostitution and murder.

Bennett quickly has his hands full investigating a gambling syndicate, the discovery of a mutilated corpse, the death of a prostitute and the case of a badly beaten police officer.

As Bennett and his team are stretched to capacity cracks begin to appear.

Is there a link between these cases and can they catch a twisted killer before he strikes again?

You can buy a copy of this book on Amazon UK | Amazon US. 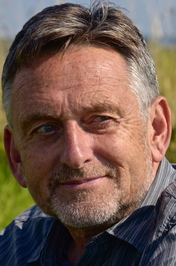 Malcolm worked in education for many years, even teaching for a period in Cairo before he started writing, a challenge he had longed to tackle for more years than he cares to remember.

Malcolm has written a number of successful short stories and has two books now available. Presently he is concentrating on a series of crime novels set in Harrogate, North Yorkshire.

Born in Bradford and spending three years in Ripon, Malcolm has never lost his love for his home county, a passion that is reflected in the settings for all three novels.

Malcolm has enjoyed many hobbies including collecting works by Northern artists; the art auctions offer a degree of excitement when both buying and certainly when selling. It’s a hobby he has bestowed on DCI Cyril Bennett, the main character in his latest novel.

You can connect with the author via his Twitter handle @MHollingdrake

The road to success.. and what Angie Marsons has to do with it

As well as rejection, luck certainly plays a key part in many people’s lives but more so in my writing career. I had finished three DCI Cyril Bennett novels and faced the usual ‘Thanks but no,’ letters from both publishers and agents. Again I reflected on just writing for myself. By chance, I read Angie Marsons’ web page and was intrigued by her story, inspired by her determination and drive. I sent her a message and although she was at that time inundated with work she took the time to reply. The words were both encouraging and sensitive, the type of words a manager would give to his dejected players at half-time. I read the reply repeatedly and it gave me new incentive. I decided to hone the final manuscript and send it out one more time.

Liz Mistry’s fabulous novel, ‘Unquiet Souls’ was released and I watched it climb through the Amazon charts. It received wonderful reviews and so I downloaded to Kindle. I noted the publisher, Bloodhound and looked at their website to see that they were requesting submissions; I sent off the required documents, a job I had done many times before. Within a couple of weeks I received an email requesting a full manuscript, which was a first. I dared not raise my hopes too high.

A couple of weeks later, sitting alone in a friend’s garden looking after their dog whilst they were away, I received another email titled ‘submissions’. To be honest, I dared not open it. I just stared at it believing it to be the final rejection. They say that dogs sense what a human is feeling and the dog came and rested his head on my lap. I opened and read the mail. I read again and again. The manuscript had been accepted and there, in writing was the offer of a contract.

It got better, Bloodhound saw that the two previous DCI Cyril Bennett Harrogate crime novels were self-published and requested those and a fourth book. It was luck, chance, serendipity and the belief of one person that has enabled me to move to a place that I could only have dreamed and I shall be ever grateful to those people who were in the right place at the right time. 2016 is when my writing stars aligned.

Thank you Malcolm for stopping by today and sharing your uplifting story !

For those interested in this new series, this is the reading order if you want to start from the beginning: 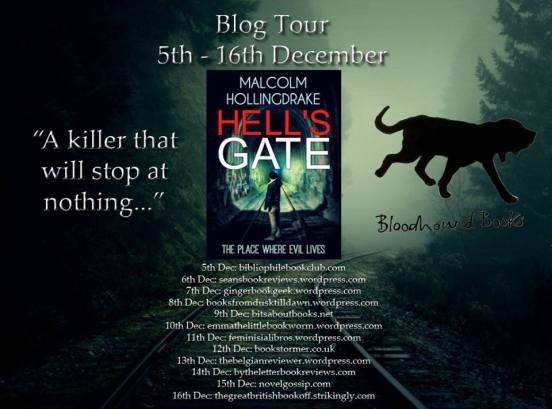 Follow The Belgian Reviewer on WordPress.com
Join 5,352 other followers